Sant Kirpal Singh was born to a Sikh family at about 9 P.M. on a cold winter night on February 6, 1894 in the Punjab village of Sayyad Kasran in the Rawalpindi district (now part of Pakistan) at about 9 P.M. on a cold winter night on February 6. Master Kirpal remarked about his childhood attraction to solitude and meditation: “It was not written for me to play on this Earth.” In reference to his early meditations he stated, “In those days I saw the inner Light and many wondrous scenes of one inner stage or another; always such scenes were before me. From an early age, Master Kirpal had a very high standard of morality. When his father asked him why he would not eat meat Master replied, “Meat is dead flesh, and I do not want to make a burial ground of my stomach.” As a young boy the Master developed the power of clairvoyance.
Read More

Once when he was in the fourth grade he told his teacher that he must go home because his grandmother was dying. The teacher was sceptical at first, but soon had a change of heart when a message was delivered to the teacher asking for the dismissal of the Master because his grandmother was on her death-bed, he also had similar premonitions regarding the passing of his mother, his elder brother and the wife of his elder brother. From early childhood, Master Kirpal was able to function on very little sleep. He often stayed awake for the entire night studying or engaged in meditation. Master Kirpal Singh was fond of meditating on the bank of the Ravi River and would return home in the early hours of the morning.

Upon graduation from high school, the Master considered furthering his education by studying medicine, particularly homeopathy, or agriculture. Financial considerations made this pursuit untenable, so Master began a career in government service. Master joined the Military Engineering Service at Peshawar in 1911. In 1917 Master began seeing Baba Sawan Singh in his meditations. “In May 1917 God appeared in my meditations in the form of a holy man whom I took to be Guru Nanak. He would speak to me and lead me into the higher planes. In February of 1924, while living in Lahore, Master decided to visit the River Beas. One Sunday morning, he arrived at Beas railway station. From the station master he learned that a Saint was living on the bank of the river. Master went to the Dera where he met Baba Sawan Singh and recognized him to be the same figure that had been appearing to him in his meditations for the past seven years. From time to time I had divine visitations. I always took the form of the holy man who used to visit me in my meditations as Nanak. In those very days, I composed a poem in which I beautifully described the lovely features of the Divine Guide who kept guiding me all these years from day to day on different planes. This state continued for about seven years. It was only in 1924 that I happened to go to Beas and met that visionary figure in the form of Hazur Sawan Singh Ji Maharaj. All I mean to say is that God listens to our prayers provided they are genuine, deep, and sincere. When I inquired from Hazur as to why he had taken so long a time to draw me to his Lotus Feet, he simply replied that it was the most opportune time to do so.”

Successor of Sawan Singh ji Maharaj
Master devotedly and tirelessly served his beloved Hazur for twenty-four years until Hazur’s physical departure from the earth plane in 1948. During the years of his discipleship, Master conducted satsangs and initiations, wrote letters and books for his Master’s mission, and engaged in physical seva at the Dera. In the fall of 1947 Baba Sawan Singh’s health began to deteriorate. On October 12th, at seven o’clock, Hazur called Master Kirpal into his room and said, “Kirpal Singh! I have allotted all other work but have not entrusted my task of Naam-initiation and spiritual work to anyone. That I entrust to you today so that this holy and sacred science may flourish.” “During his illness, in the last days of February 1948, Hazur inquired, ‘How many souls have been initiated by me?’ Registers were consulted and after counting was finished Hazur was informed, ‘Up till now about one hundred fifty thousand souls have been awakened by Hazur.’ The same day Hazur said, ‘Kirpal Singh! I have done half your work and have given Naam to over one and a half lakh persons and the rest you have to accomplish.’On the morning of April 2, 1948, at 8:30 Hazur Baba Sawan Singh left his physical body for the last time. Master Kirpal settled in Delhi and began his public mission as he had been directed by his Guru, Baba Sawan Singh. Master set us residence at No.1 Kingsway Road, Radio Colony, Delhi. People often came to visit the Master and to get his darshan. It was five miles to where the satsang was held and he used to travel there by bicycle. From here he would make frequent trips to visit disciples of Sawan Singh who were living in Delhi. In 1955, Master Kirpal made his first foreign tour, spending several months in the United States and Europe. This was the first time that a Saint of his stature had visited the West, and the first time that Surat Shabd Yoga had been explained there by an authentic Master of the system In India the mission continued to grow at a rapid pace as the Master’s reputation as a holy man and genuine Satguru spread throughout the world. As the work increased in the West and more and more seekers after truth were led to Kirpal Singh, many of them developed a strong yearning to study with him in India over an extended period of time, and to get to know him in a personal way. During his last year, the number of visitors to Sawan Ashram increased dramatically. Knowing he was leaving, he threw open the gates and issued a general invitation to all his non-Indian disciples. Throughout the winter and spring of 1974 there were from two to four-hundred disciples from countries outside of India consistently at his feet, in addition to the thousands of Indian followers who flocked to his door. At the huge celebration in honor of his Master, at the end of July 1974, Sant Kirpal Singh gave his last Initiation, giving Naam to 1,067 souls who had been accepted by him for the inner experiences of Light and Sound. On the evening of August 21, 1974 Sant Kirpal Singh chose to enter Maha Samadhi. 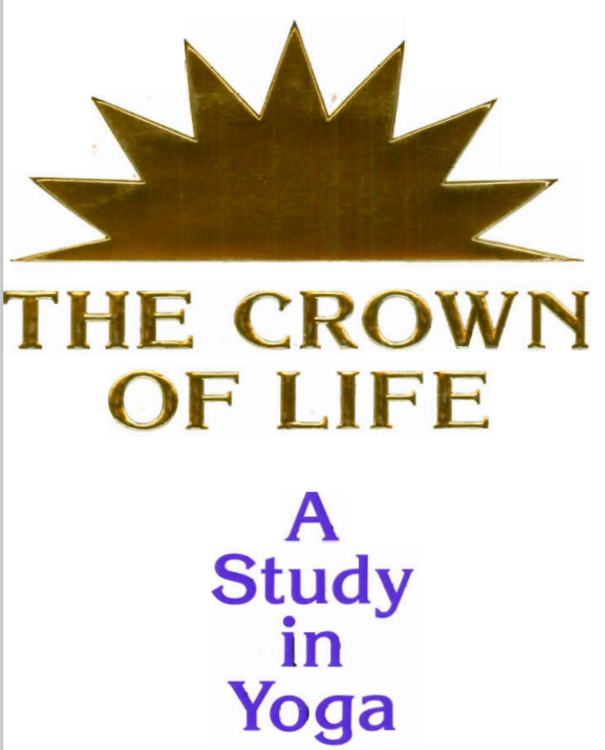 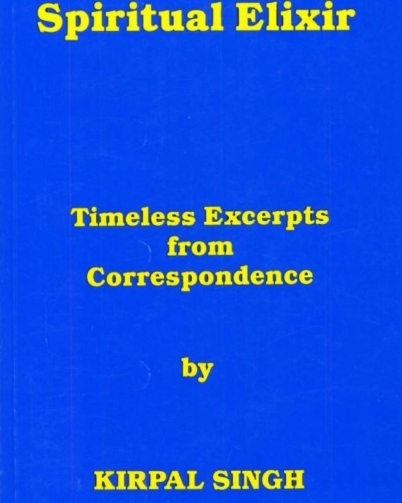 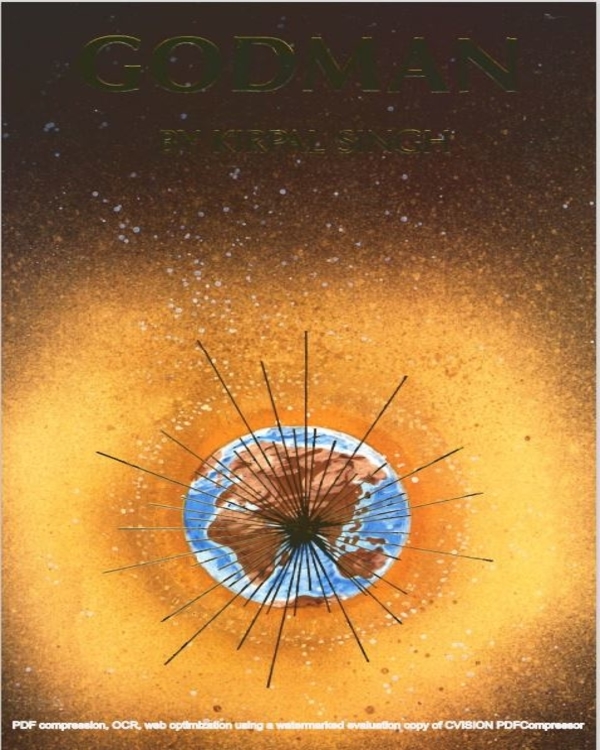 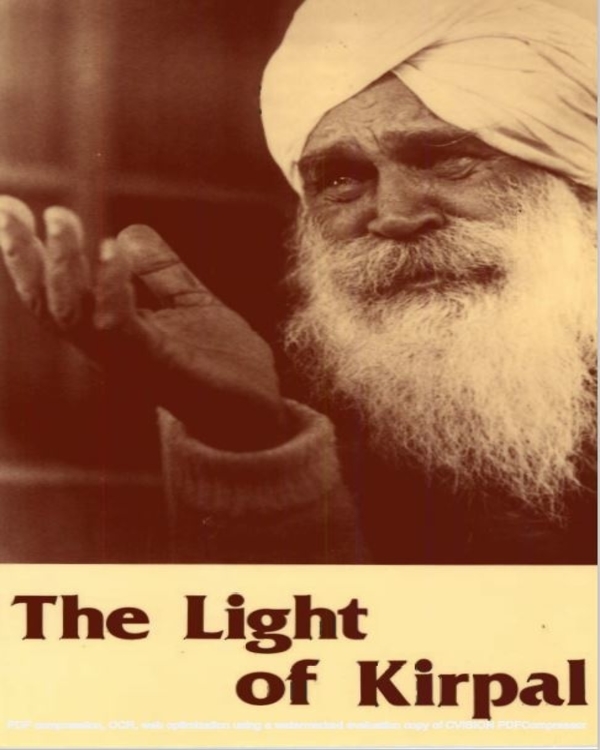 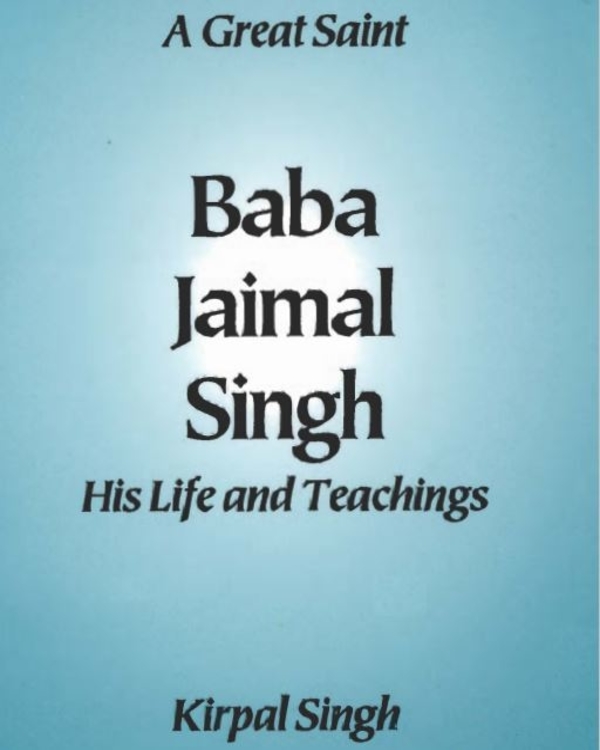 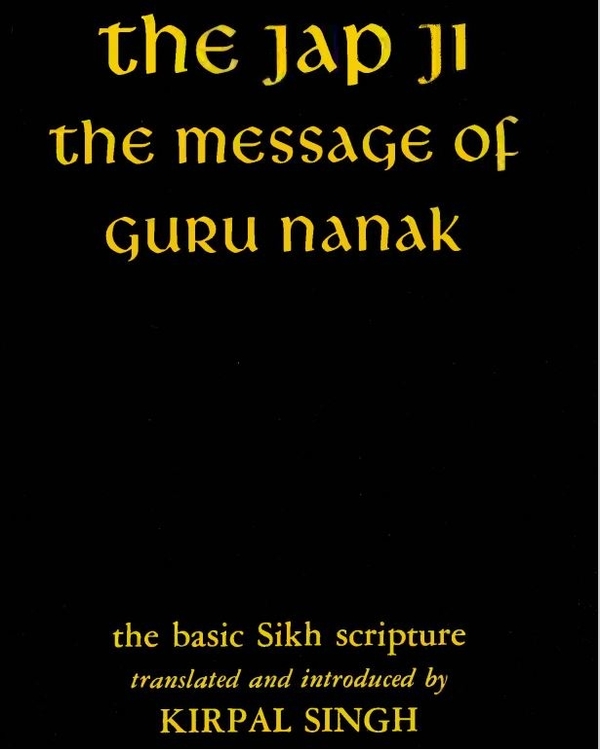 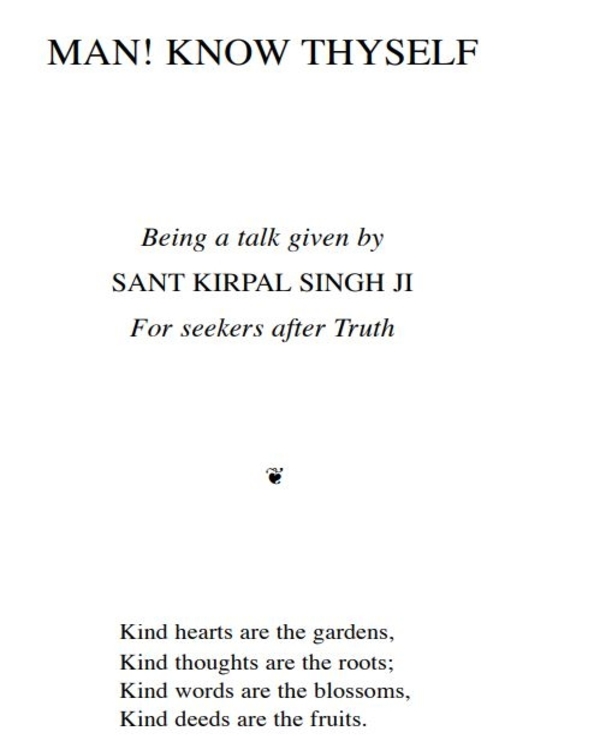 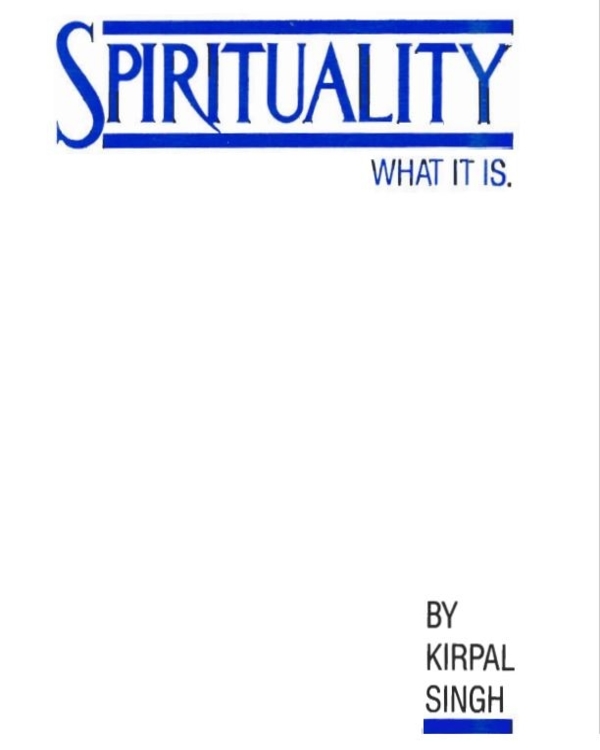 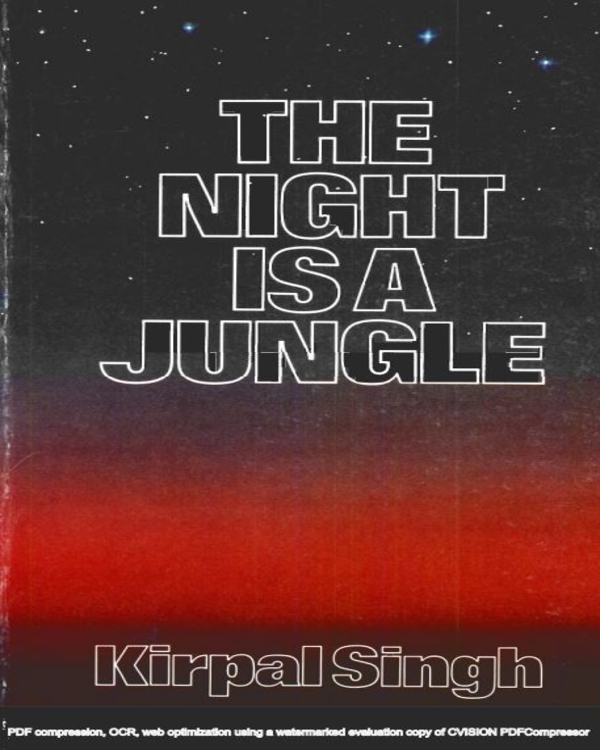 The Night is a Jungle 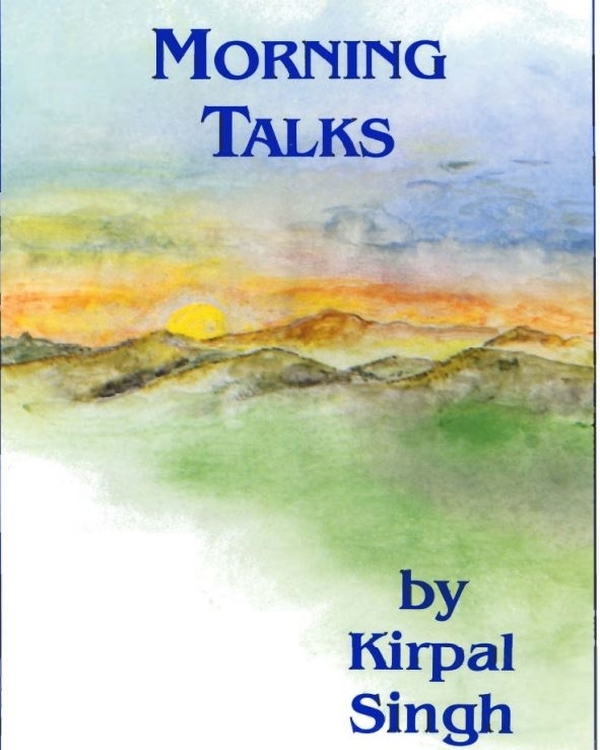 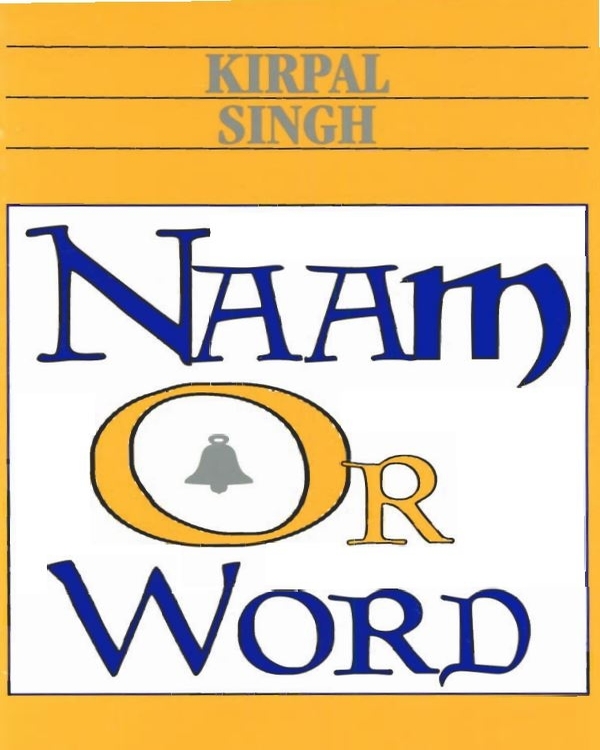 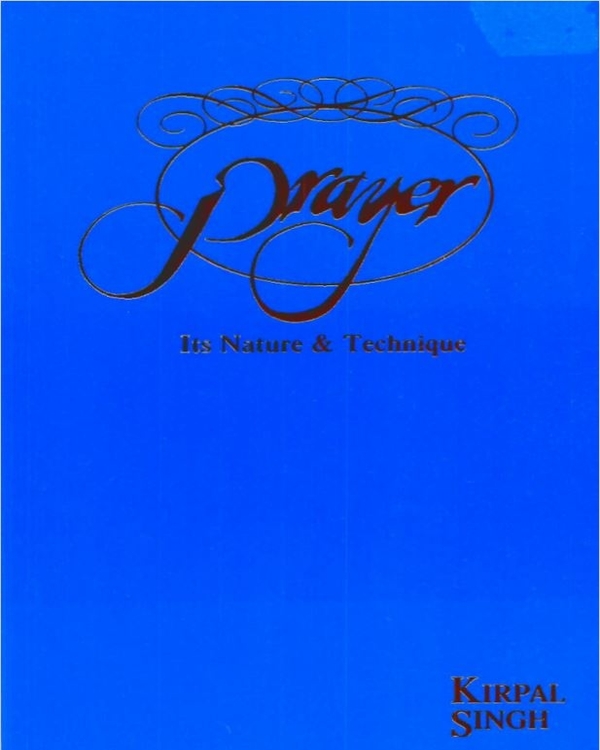 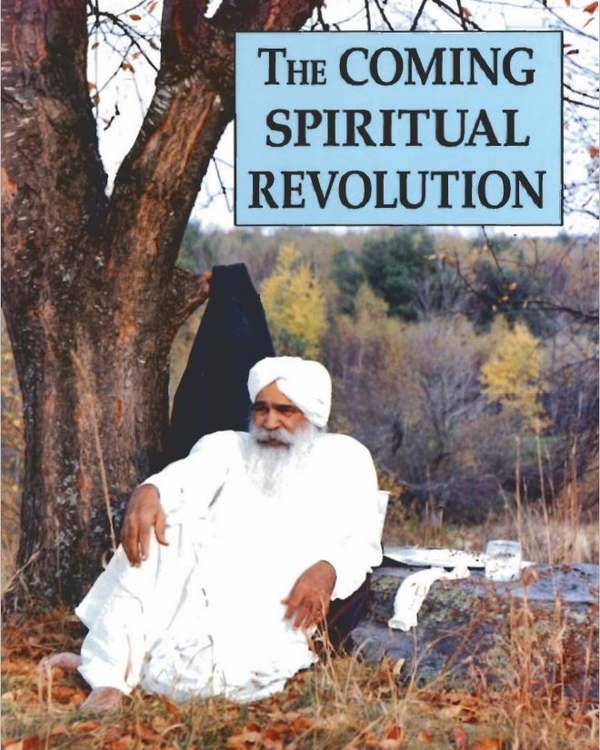 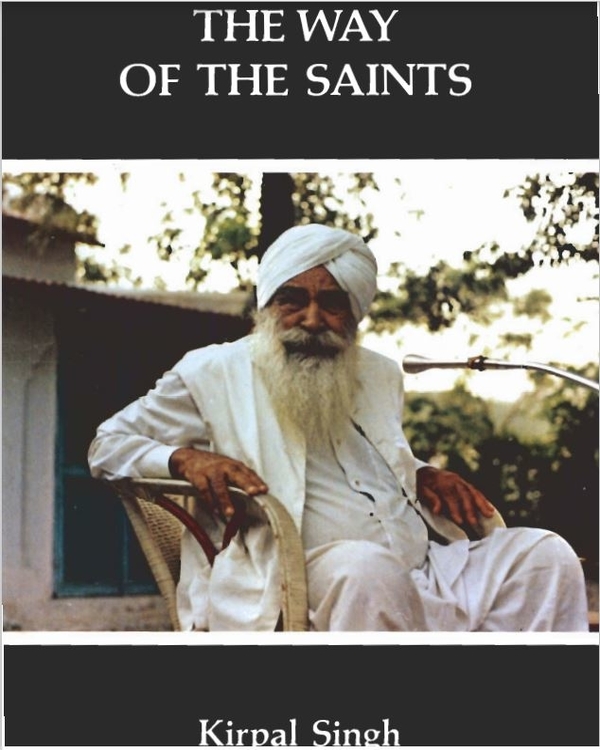 The Ways of Saint 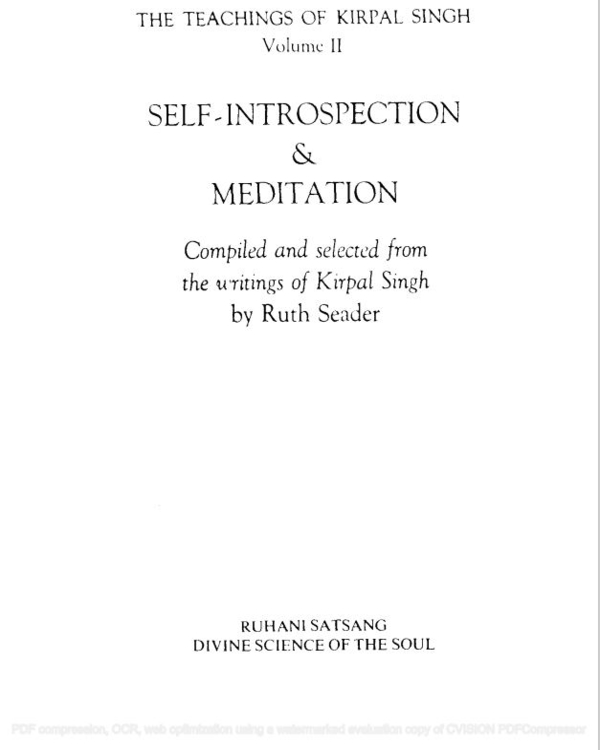 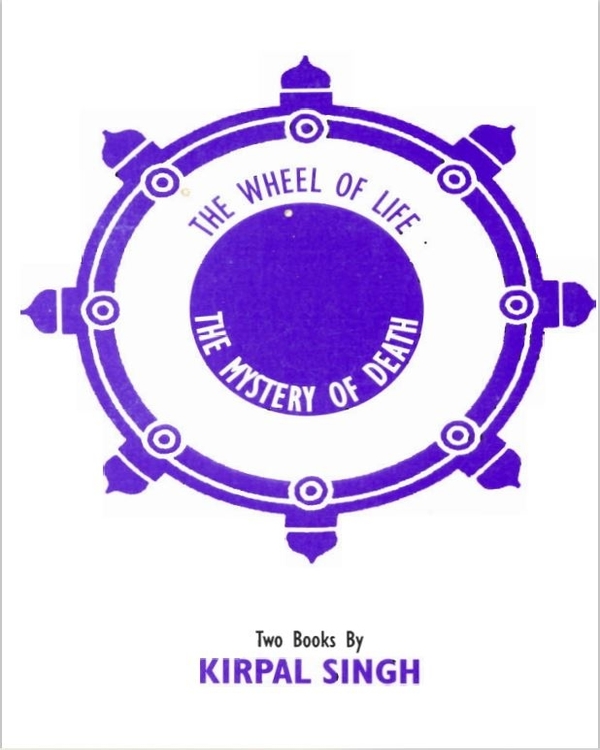 The wheel of Life And The Mystery of Death